The implementation of the projects for expansion of the youth centers, built with the support of the EEA grants, has started 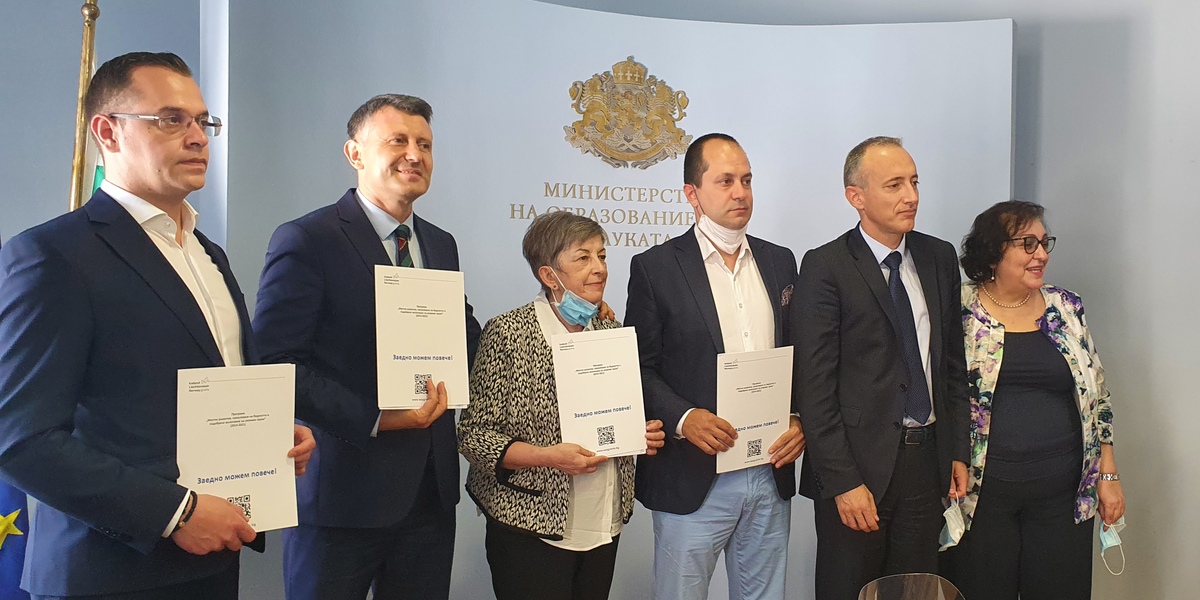 On July 1, 2020, started the implementation of the projects for expansion of the youth centers in the municipalities of Dobrich, Plovdiv, Stara Zagora and Vratsa, built with the support of the EEA grants in the previous programming period (2009-2014).

The financing of the projects, totaling EUR 3,787,354, is provided entirely by the Programme "Local Development, Poverty Reduction and Enhanced Inclusion of Vulnerable Groups" 2014-2021.

In this regard, the Minister of Education and Science - Krassimir Valchev and the Head of the Programme Operator - Tzvetana Guerdjikova met with representatives of the municipal authorities to hand over the contracts for the implementation of the projects.

During the meeting, Minister Valchev noted that since the begging of their functioning the youth centers became an attractive core for young people in the municipalities, thus establishing themselves at national level as a successful model for working with youth.

The project promoters were represented by Yordan Yordanov - Mayor of Dobrich, Kalin Kamenov - Mayor of Vratsa, Georgi Tityukov, Deputy Mayor of Plovdiv and Ivanka Sotirova - Deputy Mayor of Stara Zagora. They cordially thanked for the newly provided financial support, which will enable the municipalities to upgrade and expand both the infrastructure and the overall activity and scope of the youth centers built on their territory.