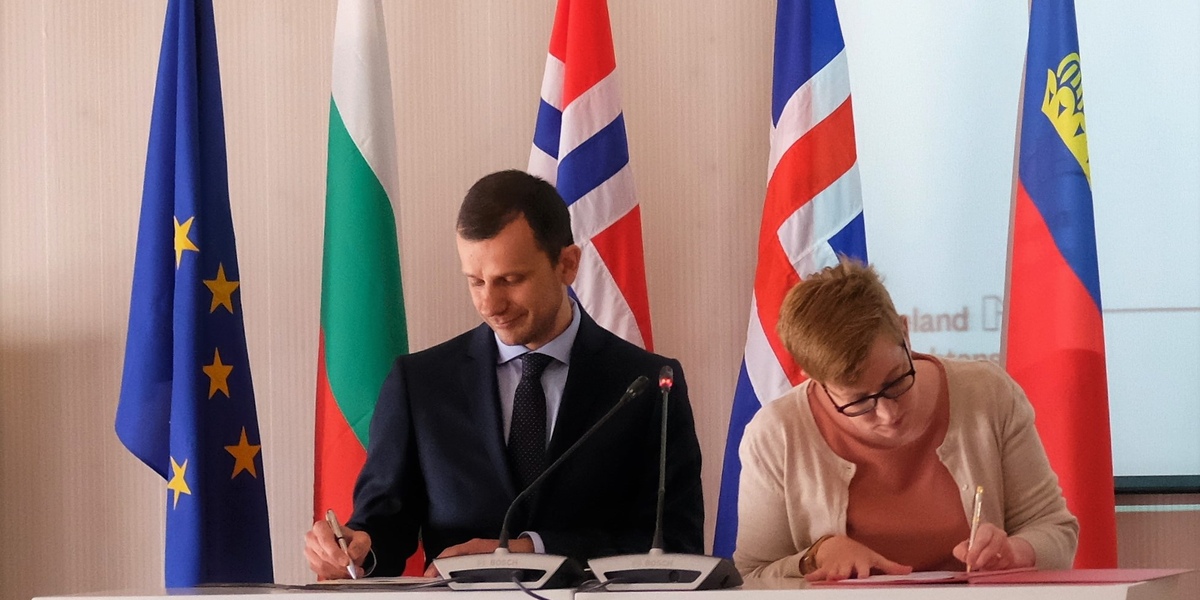 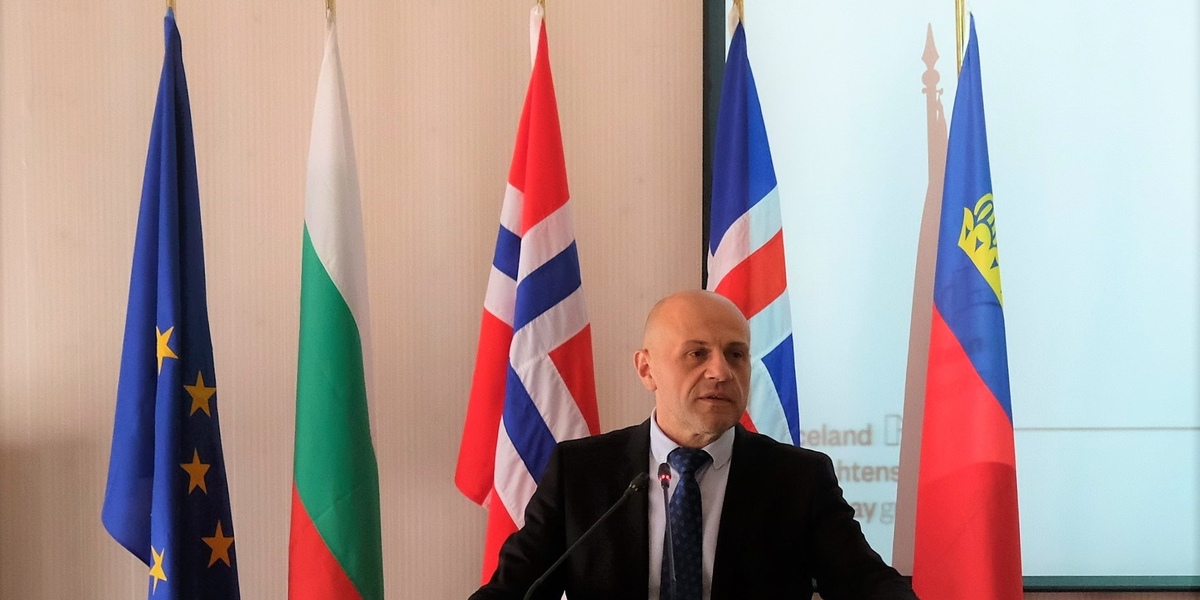 Ministry of culture, interior, education and justice signed Programme Agreements for the new period of EEA and Norway grants – 2014-2021. By signing the agreements, Bulgaria is the first country which started the new programme period for projects funded under both mechanisms. The programmes have a total budget over € 113.5 million and will finance activities and projects in priority areas of justice, home affairs, culture and local development, poverty reduction.

On Bulgarian side, the agreements were signed by Ivan Ivanov, Head of the National Focal Point for the two mechanisms and Director of the Central Coordination Unit Directorate at the Council of Ministers. The ceremony was attended by deputy ministers Tanya Mihaylova (MES), Nikolay Prodanov (MP), Milko Berner (MI) and Amelia Gesheva (MK).

The signing, which marked 10 years since the beginning of the EEA FM and NFM in Bulgaria, was also attended by Deputy Prime Minister Tomislav Donchev and the State Secretary of the Kingdom of Norway Ingvild Stub.

"The two financial instruments have made nearly 1000 projects possible in key areas for society as a whole. We have managed to focus funds on important initiatives where there is insufficient funding from Cohesion Policy. We have the opportunity to use the experience and innovative solutions by the donor countries. 230 of the realized projects are result of a joint work and I am confident that there is more to be learned", Deputy Prime Minister Donchev emphasized in his address.

"Bulgaria is the first of the 15 beneficiary countries which signed all the programmes", said Ingvild Stub, and she noted that "the financial mechanisms of the European Economic Area and Norway are an important and visible tool for reducing economic and social differences. They are also a huge success as they create jobs, help social inclusion and strengthen partnerships among countries."

The presentations from the first part of the event can be found here, and from the afternoon session here and here.