DEPUTY MINISTER AMELIYA GESHEVA: WE PROVIDE MORE OPPORTUNITIES FOR THE REALIZATION OF INTERESTING AND CREATIVE PROJECTS UNDER THE “CULTURAL ENTREPRENEURSHIP, HERITAGE AND COOPERATION” PROGRAMME 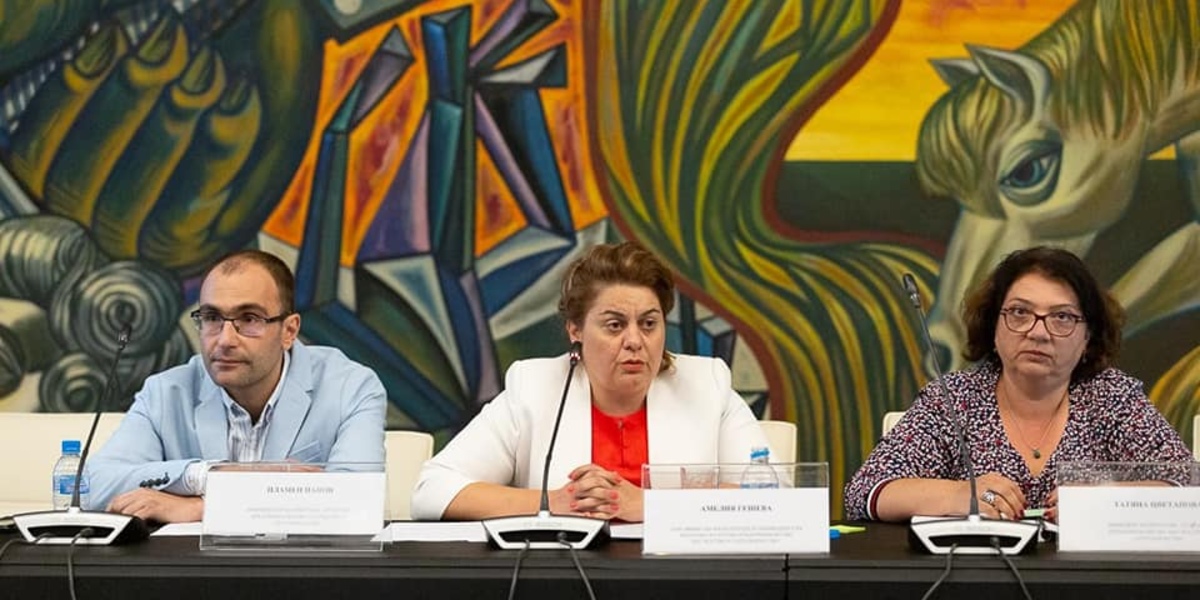 “The announcement of the Call and the realization of the current information campaign are part of our effort to constantly increase the funding for culture in Bulgaria and to provide more opportunities for realization of interesting and creative projects. Just under the current Call we open the door to a financial resource within the size of 1 582 353 € for the funding of projects which aim the organization and conduct of interesting events, artistic content and best practices on the local and on the regional level. We put accent on culture and creativity which can be driving forces for innovation as well as important sources for entrepreneurship.”

This is what Deputy Minister and Head of the “Cultural Entrepreneurship, Heritage and Cooperation” Programme – Mrs. Ameliya Gesheva said during the first information event which took place at the National Palace of Culture (NPC) Sofia. “The Call for which we talk about today is just a small part of the opportunities which the Programme will provide until 2024. The presence of such financial instrument is a genuine continuation of the good work which the team at the Ministry of Culture does as Programme Operator of programmes funded by the EEA Grants”, Gesheva also said.

Within the frames of the information event, all stakeholders became acquainted with the opportunities and the requirements for application under the Call under Outcome 2 “Access to Arts and Culture Improved” that was announced in the beginning of the month. An opportunity to raise questions and have concrete answers was also available.

In the beginning of September, the Ministry of Culture in its capacity as Programme Operator announced the first call for project proposals under Outcome 2 “Access to Arts and Culture Improved”, under the “Cultural Entrepreneurship, Heritage and Cooperation” Programme, funded by the Financial Mechanism of the European Economic Area 2014-2021. The aim of the starting information campaign is for the Call to reach the widest possible pool of potential applicants and stakeholders.

During the event, Deputy Minister Ameliya Gesheva announced also that an analogic Call will be opened also next year. The term for applying under the current Call is until 3rd of December, 2019.

The PA14 “Cultural Entrepreneurship, Heritage and Cooperation” Programme focuses on the role of culture and cultural heritage as resources for local and regional development. Outcome 2 “Access to Arts and Culture Improved” will support projects that allow for the organization of diverse artistic and creative events, festivals, performances, exhibitions and initiatives which revive peripheral areas, give new life in smaller cities and villages and last but not least which attract and develop new audiences.

The Financial Mechanism of the European Economic Area 2014-2021 provides funds given by Kingdom of Norway, Republic of Iceland and Principality of Liechtenstein. The aim is to reduce the economic and social disparities in Europe and to strengthen the bilateral relations between the Donor States and the Beneficiary States through funding of a couple of priority sectors (culture, civil society, good management, fundamental rights and freedoms).